Since January 1998, while at EPRI, my team and I have focused on fundamental underpinnings, advanced/viable methods, and applied technologies to develop and deploy smart self-healing grids where the use of distributed and centralized computer, communication, sensing and control technologies overlay electric power grids to enhance reliability, improve security, increase resilience and to reduce the cost and emissions. This was a very bold concept in a rather stagnated R&D area over 20 years ago, and a radical departure from the status quo of linearized models -- and the use of linear programming (and some nonlinear) optimization methods widely used in power systems since 1950s -- thus necessitating fundamental advances in R&D into dynamical systems that range from advanced micro sensors-controllers to continental-scale coupled national infrastructures.

What emerged in May 1998, was the largest systems-theoretic research and development project during 1998-2001, a $24 million joint EPRI/DoD Complex Interactive Networks/Systems Initiative (CINSI). This partnership provided funding to six research consortia consisting of 108 professors, over 200 researchers from 28 U.S. universities, and two energy companies, to address modeling and management of US critical infrastructures. The success of this project has been demonstrated in various ways and includes 420 publications and 24 technologies extracted and implemented in industry – most of them developing and leading innovating effective data-driven applied solutions, including distributed state- estimation and multi-agent distributed optimization, and deployment strategies against advanced threats.

Since joining the University of Minnesota in March 2003, our team has continued with even more effective, faster and more efficient methods that include Dynamic Modeling, Data Interoperability, Communication Systems, and Cyber/Physical Security to address the requirements of Integrated Distribution Management Systems for the end-to-end Power and Energy systems, which include Distribution Automation. In short, Smart Grid is a concept and a range of functionalities: It is designed to be inherently flexible, accommodating a variety of energy production sources and adapting to and incorporating new technologies as they are developed. It allows for charging variable rates for energy, based upon supply and demand at the time.

Of note, in 2007, the United States Congress passed the Energy Independence and Security Act outlining specific goals for the development of the nation’s smart grid. Section 1301 states that, “It is the policy of the United States to support the modernization of the Nation's electricity transmission and distribution system to maintain a reliable and secure electricity infrastructure that can meet future demand growth and to achieve each of the following, which together characterize a Smart Grid:

As the power infrastructure is a complex system/operation, requiring the multi-level interaction and integration of numerous highly specialized component technologies and systems, we chose to focus on four key objectives of the utmost importance:

The aforementioned objectives cannot be handled by typical methodologies. There are numerous power system characteristics that create unique problems in the monitoring, analysis, optimization, and control of the said objectives, which have important implications for the use of IT and communications for electric power systems. As a shift in engineering paradigm, addressing these integrated end-to-end challenges addressed via distributed approximation, control and management of layered interdependent systems of electricity/communication infrastructure for the resilient and sustainable performance both in the short and long term. This is built upon 3 underpinning pillars:

Because we use dynamical systems modeling with secure sensing and communications as a key enabling technology, and system integration as a key challenge in achieving overall program objectives, two additional sub-teams focus on the development, integration, and testing of dynamic modeling solutions.

As a part of enabling self-healing grids, we have developed adaptive protection and coordination methods that minimize impact on the whole system performance (load dropped as well as robust rapid restoration). There is a need to coordinate the protection actions of such relays and controllers with each other to achieve overall stability; single controller or relay cannot do all, and they are often tuned for worst cases, therefore control action may become excessive from a system wide perspective. On the other hand, they may be tuned for best case, and then the control action may not be adequate. This calls for a coordinating protection and control - neither agent, using its local signal, can by itself stabilize a system; but with coordination, multiple agents, each using its local signal, can stabilize the overall system.

The basic philosophy in the decentralized approach is to first increase the independence, flexibility, and intelligence of local systems for optimization of energy use and energy management at the local level, and then to integrate local systems as necessary or justified for delivering power supply and services that consumers desire. Four configurations are associated with a decentralized approach:

The decentralized approach starts with the notion that consumers increasingly expect energy-consuming devices and appliances to operate optimally. We start at these four levels and extend it to from “microgrids” that begin at a “critical” or “selected” device level to building-integrated level and extend to larger systems. The integration of localized energy management, microgrids and the larger distribution and transmission grid requires rapid, secure coordination of control (software and hardware) at multiple levels. To enable this goal, we have assembled key researchers, technology developers and providers to achieve the following objectives:

Next Steps: Substantial barriers must still be overcome before one can understand how to deal with complexity in the large-scale, interconnected, electric power and communication infrastructures that is needed to support the varied needs of societies in the 21st century, or how to define metrics that measure its resiliency, robustness, and sustainability. Because modernization of the nation’s power and energy delivery network is a highly complex undertaking with a vital impact on a large number of diverse stakeholders, we believe that a more collaborative approach is needed to effectively represent all interests – that by itself is an immense, optimization under uncertainty and risk, grand challenge. This model should address end-to-end stakeholder and product life-cycle issues from research and innovation to product implementation, and also includes regulatory organizations, accounting for dollars/watts/emissions, business and consumer groups, and public policy makers -- closing loops where they have never been closed before. With this in mind, we welcome the more open model for project team and community stakeholder representation and partnership. Much remains and we welcome our collaborations in this and related areas.

This article was edited by Dr. Panayiotis (Panos) Moutis.

For a downloadable copy of the August 2018 eNewsletterwhich includes this article, please visit the IEEE Smart Grid Resource Center. 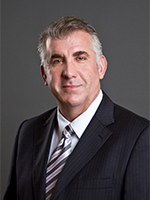 Dr. Massoud Amin, IEEE Fellow, is Director of the Technological Leadership Institute (TLI). He holds the Honeywell/H.W. Sweatt Chair, is a professor of Electrical & Computer Engineering (ECE), and a University Distinguished Teaching Professor Award Recipient at the University of Minnesota. A Fellow of the IEEE and ASME, he is Chairman Emeritus of the IEEE Smart Grid (January 2014 - August 2018), and founding Chairman of IEEE Smart Grid newsletter/publications (August 2010 - July 2014). From June 2010 to August 2017, he served as a member of the Texas Reliability Entity (as board chairman), a utility industry regional entity that oversees reliability. From January 2013 to August 2017, he also served as a board member of the Midwest Reliability Organization.

Before joining the University of Minnesota in March 2003, Dr. Amin was with the Electric Power Research Institute (EPRI) in Palo Alto, Calif. He pioneered R&D in smart grids in 1998, and led the development of 24 technologies that transferred to industry. After 9/11, he directed all security-related R&D for U.S. utilities. He has led research, development, and deployment of smart grids, and the enhancement of critical infrastructures’ security during this period. He is considered the father of the smart grid.

At EPRI, he received several awards, including six EPRI Performance Recognition Awards for leadership in three areas: the 2002 President’s Award for the Infrastructure Security Initiative, and twice received the Chauncey Award, the Institute’s highest honor.

He has been recognized by his alma maters, receiving the 2011 Distinguished Alumni Achievement Award at Washington University, and the 2013 Outstanding Senior Alumni Award at the University of Massachusetts. He was the inaugural Thought Leader of the Year, Energy Thought Summit 2015 (ETS '15); inducted into the University of Minnesota’s Academy of Distinguished Teachers (2008); President’s Award for the Infrastructure Security Initiative, EPRI (2002) twice - received the Chauncey Award, EPRI; Professor of the Year, Washington University in St. Louis (1992-1995). He is the author of more than 200 peer-reviewed publications, editor of seven collections of manuscripts, and served on the editorial boards of six academic journals.

In summary, Dr. Amin’s professional contributions have primarily been in three areas: