As one of India’s leading renewable energy (RE) states, Tamil Nadu needs to decide how to grow its energy generation capacities to meet future growth in demand. High RE penetration for Tamil Nadu is likely to bring its own set of challenges for the state grid operator and the state utility especially since the state’s wind power plants have been facing curtailment issues. These grid balancing challenges are expected to exacerbate with the must-run status of RE plants and the limited flexibility of thermal power plants. In this context, it becomes critical to examine how much more RE can be added in this decade in Tamil Nadu and at what cost of flexibility in the grid. Can coal addition be minimized and Tamil Nadu become a model state to mitigate the impacts of climate change in India? With an increase in the percentage of renewables in the grid, the need for a storage system to store excess energy increases. This paper shares requirements of a battery energy storage system to seamlessly integrate RE into Tamil Nadu’s grid for different RE trajectories using an optimization model - Python for Power System Analysis (PyPSA) for 2025 and 2030 timeframe.

Tamil Nadu has been at the forefront in terms of renewable energy (RE) penetration in India. As on 31st March 2020, Tamil Nadu’s (TN) total installed capacity was 28.67 GW, out of which the share of coal stood at 32%, while that of renewables was 47%. In terms of generation, the state recorded an annual generation of 1,10,9674 MUs in FY 2019 -20, where coal dominated with 41% contribution, followed by renewables with 23% contribution. The state has set itself a target of 9 GW of solar capacity by 2023 in 2019 TN Solar Policy. The last couple of years have seen an accelerated increase, particularly in solar capacity addition, with 2019-20 recording the highest year-on-year growth of 53%.

In high RE rich states like TN, increasing renewable levels are likely to bring their own set of challenges for the state’s grid operator and the utility. There may be instances of curtailment5 when the supply exceeds demand, and the grid operator may need to back down to maintain system integrity. Sometimes, the grid operators may decide to keep baseload thermal assets running (despite low-cost solar and wind resources) since these assets cannot operate flexibly due to design, technical and operational constraints. This could result in non-adherence to the must-run status and sub-optimal planning in the absence of flexible resources. With the commitment to move towards a greener grid and considering future demand growth prospects, the paper highlights how to make RE integration more effective by utilizing flexibility by adding Battery Energy Storage System (BESS) in the TN grid.

A detailed analysis using production cost modeling exercise was carried out to assess storage levels for TN. A representative single-node model was developed using an open-source power system modeling framework PyPSA6 (Python for Power System Analysis), for the simulation period. State-level system data including supply capacities, generation and demand profiles, ramping constraints, variable and fixed costs were provided exogenously as inputs to the model. We defined all necessary system constraints in the model for dispatch of resources. The model was developed without considering any transmission constraints. However, energy losses due to these constraints are incorporated in the overall demand. The grid’s physical limitations are modeled as constraints limiting the generation capacity to installed capacity, operation level to minimum technical levels, renewable sources-based generation to resource availability, change of dispatch level between time steps to corresponding ramping rates. Since the objective of the study was also to determine the cost and benefit of investment in storage technologies, the model is run like a capacity expansion model without evaluating unit commitment and transmission network constraints. Models were simulated at an hourly resolution for the 20257 and 20308 timeframe to assess BESS requirements for low RE, high RE, and minimum RE penetration levels. Dispatch obtained in each of these scenarios were evaluated individually to calculate storage sizing, benefits in overall system-level costs, and total CO2 emissions.

Figure 1: Estimated Battery Energy Storage System Penetration Levels in 2025 and 2030 based on the analysis 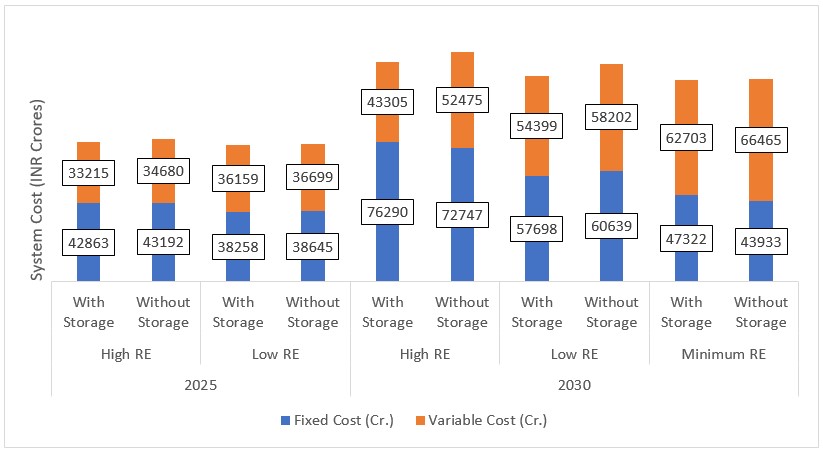 Figure 2: Estimated Benefits in system level costs in 2025 and 2030 based on the analysis

By 2030, the state would require 2.7 GW/5 GWh of BESS for a minimum RE scenario to balance the grid economically. However, the requirement of BESS would grow to 3.9 GW/10 GWh in the Low RE scenario and 7.2 GW/27 GWh in the High RE scenario. Figure 1 illustrates various BESS penetration levels. In terms of system-level cost, the model projects savings by adding battery energy storage on the grid. As seen in Figure 2, the model projects savings of total system costs for cases ‘with storage’ compared to cases ‘without storage.’ The benefits are relatively high for the High RE scenario in terms of fixed cost as compared to variable cost, mainly due to reduced new coal addition in the system in the ‘with storage’ case.

The results of various scenarios bring forward how the inclusion of energy storage in the state’s grid brings benefits in lowering system level costs, and reducing carbon dioxide emissions. The model output suggests that the Tamil Nadu should plan for a gradual addition of energy storage in the grid based on grid requirements and economics of battery energy storage systems. The study showcases that it may be prudent to plan renewables addition based on a long-term strategy rather than expand renewables to meet targets. This would eventually reduce spillage and allow for the optimum utilization of the existing coal fleet available in the state.

Traditional ways of planning the generation based only on the peak demand may not suffice since renewable generation capacity has temporal and spatial variation. With the increase in RE percentages in the grid, we observed that storage systems have significant potential to help the utility in minimizing the system costs by improving its overall generation utilization in different scenarios. Additionally, battery energy storage systems also helped in reducing spillage by storing excess energy. Seeing the projection and targets laid for the state, it would be thus prudent for the state to have an integrated plan that will determine yearly capacity addition of the storage and capacity additions of the renewable generation resources.

Sandhya Sundararagavan is the Lead on the Energy Transitions Team at World Resource Institute where she works on developing and supporting progressive policies, technical solutions, and strategies for sustainable clean energy transformation. Prior to this, she worked with Climate Policy Initiative (CPI), Center for Study of Science, Technology & Policy (CSTEP), The Energy and Resource Institute (TERI) in various capacities. She led several power sector programs focusing on renewable grid integration, power sector planning, electricity market reforms, and modelling efforts, and supported electricity sector stakeholders extensively at both national and state level. Sandhya holds an MS from University of Massachusetts, Amherst, USA and a Mechanical Engineering degree from Pune.

Harsh Thacker is working in power sector in India since 2008. He joined Customized Energy Solutions and India Energy Storage Alliance in November 2014. He has been involved in providing consulting and market research services to utilities, OEMs, regulation makers and other clients of Customized Energy Solutions and India Energy Storage Alliance on energy storage, renewable energy, microgrids, and other power sector related emerging markets in India. Harsh is heading MICRO (Microgrid Initiative for Campus and Rural Opportunities) for CES through which he is focusing on making Microgrids technically and commercially viable. He has set-up first of its kind services of remote monitoring, reporting, technical audits, and demand-supply aggregation tool. Harsh believes that bringing more transparency in operations of rural Microgrids can help in solving several issues. Harsh has done his B.Tech from Visvesvaraya National Institute of Technology Nagpur and MBA from University of Leeds, UK. He is also a certified Management Consultant from CMI, UK.