Design, Planning and Control of Integrated Energy and Water Networks 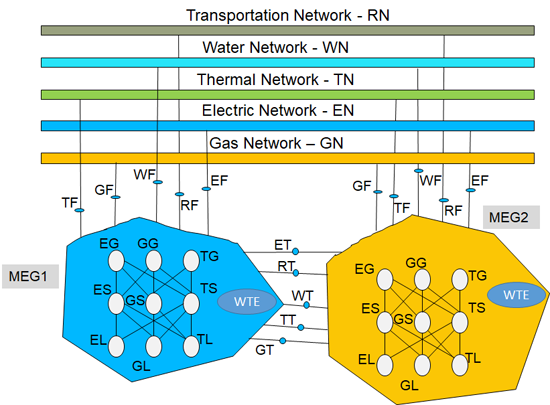 Among the former was the speculation of long distance electricity transmission via low temperature superconducting cables by Garwin and Matissoo. Now it’s 1986. In late January of that year, Georg Bednorz and Alex Mueller performed a “rogue” experiment on several copper oxide compounds, an eventual Nobel Prize winning effort, followed within months by the discovery of Tc at 91 K by Paul Chu and his colleagues at UT-Houston in YBa2Cu3O4-y, which then ushered in our current era of “high temperature superconductivity.” Shortly thereafter, in July 1987, President Ronald Reagan announced the Superconductivity Partnership Initiative (SPI).

Atmospheric rivers are relatively long, narrow regions in the atmosphere – like rivers in the sky – that transport most of the water vapor outside of the tropics.

Water distribution network can be modeled as nodes and lines that connects water sources, distribution substations, with load end points. Fig. 2 shows one example of water network. Each node can represent storage, treatment, or load of water in any form. Each node could be linked with energy in any form as generation, storage, load, or transfer. 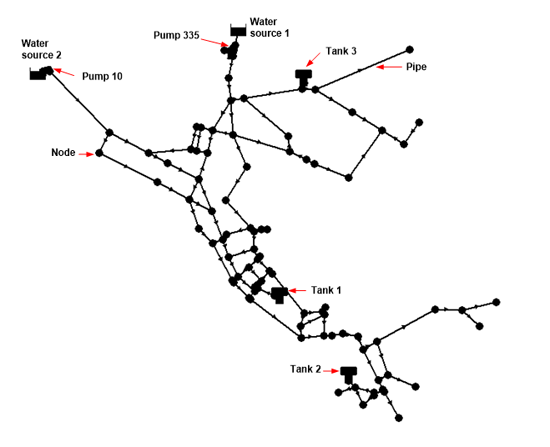 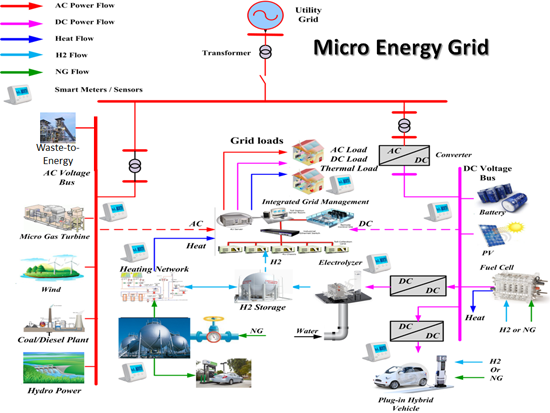 Energy-water grids coupling can be classified in terms of input and output integration, as shown in Table 2.

The energy-water networks can be integration can be achieved in different hierarchical levels, including equipment level, plant level, region level, city level, and the interconnection between them. The integration between energy and water can be linked to loads, storage, and generation in flexible and adaptive manner based on demand, weather, regulations, price, and technological factors. The integration between energy-water should include resilient features to support normal and abnormal as well as severe conditions with sustained operation. The presented hybrid integrated energy-water integration can be implemented in different regions and scales based on accurate evaluation of demand requirements, technological assessment, and life cycle analysis. Risk management framework is important to study different fault models among the different systems in energy-water and their integration with transportation. Control strategies and control systems should further developed to support the deployment of the proposed energy-water networks in different levels. Policies, standards, and regulations should be further developed to support the proposed integration of energy-water with transportation and other infrastructures in urban, rural, and remote regions.

Dr. Gabbar is Professor in Ontario Tech University (UOIT) in the Faculty of Energy Systems and Nuclear Science, and cross appointed in the Faculty of Engineering and Applied Science. He has established the Energy Safety and Control Lab (ESCL). He is the recipient of the Senior Research Excellence Aware for 2016 with more than 220 publications. He is leading national and international research in the areas of smart energy grids and resilient transportation electrification. Dr. Gabbar obtained his B.Sc. degree in 1988 with first class of honor from the Faculty of Engineering, Alexandria University (Egypt). In 2001, he obtained his Ph.D. degree from Okayama University (Japan). From 2001 till 2004, he joined Tokyo Institute of Technology, as a research associate. From 2004 till 2008, he joined Okayama University as a tenured Associate Professor. From 2007 till 2008, he was a Visiting Professor at the University of Toronto.