State Estimation (SE) is a crucial part of energy management techniques applied in the supervision and regulation of hubs of electrical networks. SE is a recognized feature for secured operation of the power sector and has been implemented for several decades. Nevertheless, since power Distribution Systems (DSs) have traditionally been largely passive with unidirectional power flow, its usage for analysing and controlling DSs has still not been extensively adopted. Transmission System State Estimation (TSSE) cannot be explicitly applied to DSs because of the intrinsic differences between DS features and transmission system attributes. This article aims to summarise the most recent developments in Distribution System State Estimation (DSSE), which is a key component of smart grid functionality.

Fred Schweppe introduced SE to power systems in 1970 [1]. SE today plays a significant role in the supervision and regulation of the functioning of power transmission networks around the globe. The reinforcement of Supervisory Control and Data Acquisition (SCADA) ultimately paved the way for creation of the Energy Management System (EMS). The SCADA assessments, parameters from Phasor Measurement Units (PMUs), pseudo-measurements, and topological instructions [2] are all used by state estimators to determine the system state. Numerous EMS tasks can be performed by comprehending the system state, as illustrated in Figure 1. SE is hence the foundational component of the Transmission System Energy Management System (TS EMS) and due to the transition towards smart grid it also includes Distributed Generator (DG) inputs. 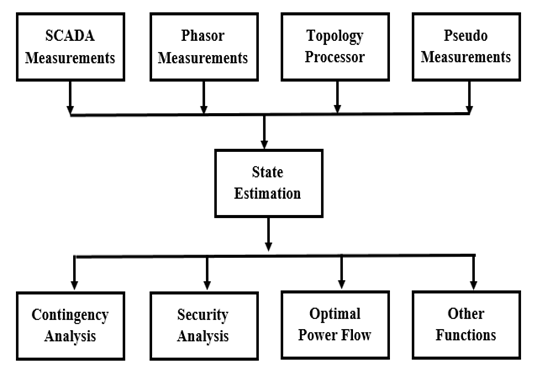 Figure 1: Role of SE in EMS/SCADA

As the power sector evolved, SE has gained significant scientific emphasis and industrial applications. An example of a system state with a minimum set of variables can be depicted by complex node voltages considering system topology and impedance characteristics [2]. The primary objective of SE includes recognition of incorrect data and removal of imperfections, identification of switching states and system components not inspected and evaluation of networking parameters.

The transition towards a smart grid structure has resulted in a dynamic situation with more scattered generation, loading that responds to consumption, and measuring devices with different data rates are being incorporated. As a result, the creation of the DSSE tool is essential for various smart grid applications such as protection, optimization, and control strategies. This article gives a general overview of DSSE's history, the difficulties it faced in advancement, different DSSE algorithms and potential directions for DSSE research in the future.

DSSE research got fully underway around 1990 [3]. Several factors contributed to the research impetus for DSSE. The deployment of smart grid elements like Demand Response (DR), Distribution Automation (DA), greater use of renewable energy sources, and hybrid electric cars will all heavily rely on DSSE. As a result, as opposed to the current passive DS, the distribution network converts to an active network which is more reactive. Due to rapidly changing dynamics, an effective monitor and control system including smart grid elements must be designed.

The DSSE approaches are widely divided into static and dynamic DSSE, depending on the time development of the state vector and measuring framework.

In static SE, it is presumed that the configuration of the power system does not change significantly amid two state updates that are close together. This is referred to as the power system's quasi-steady state situation. These approaches only consider a single measurement data snippet for the state estimate, disregarding its change over subsequent measurement phases [4].

In contrast, the Dynamic SE (DSE) techniques, or more correctly the Forecast-Aided State Estimation (FASE) techniques, consider the state's temporal evolution and can detect shifts in the system. The mathematical model below is considered by the DSE procedure given in equation (1): xk + 1 = g (x(k), u(k), n(k), k) (1). Here, the time interval is denoted by k, while the variables of the state vector, input vector, and process disturbance at that moment are denoted by x(k), u(k), and n(k). With the nonlinear vector function g, these data are connected to the vector representing the possible future state, xk +1. Power TSs have been subjected to the use of a variety of dynamic estimators, although from the viewpoint of DS, DSE techniques are not very common due to the need for high-resolution measurements and significant computing cost [5].

SE confronts significant statistical hurdles that will necessitate the use of additional computer resources due to having more nodes per unit area in DSs contrasted to TSs. The huge connection is split into tiny networks, each of which has a Local State Estimator (LSE), to address this issue. A consensus-algorithm and Multi-Area State Estimate (MASE) for the power system SE can be described and are provided with reliable logical sequence.  But they have issues with time kurtosis brought on by measurements that are not synchronized across multiple connectivity locations.

Manual control is challenging in a smart grid as it involves dynamic and complicated operations. Thus, DSSE will be essential to the development of upcoming smart DS in the domain of  evolving DSSE methodologies, intelligent load forecasting, PMU measurements integration, and measurement information from smart meters. Figure 2 represents the relationship between EMS and DMS. 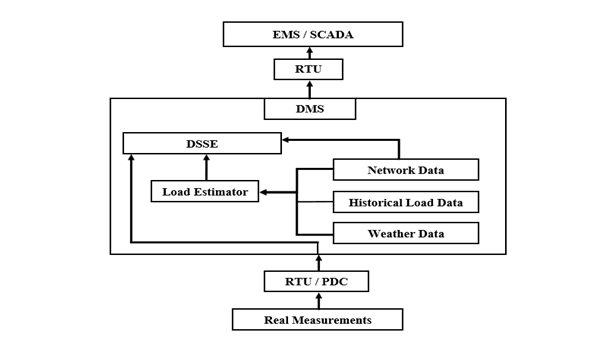 Figure 2: Relationship between EMS and DMS

Due to well-established communications networks, TSSE is accessible and serves as a crucial part of EMS. The distribution grid is fast evolving as an active network with the inception of smart grid with inclusion of DA, responsive loads, and integration of DERs. Owing to the prevalence of renewable energy sources, power flows in active DS are bidirectional, necessitating the extension of the surveillance and regulation loop to the DS level. As a result, DSSE will be crucial to the DMS of such active networks in the upcoming years. An insight of DSSE was encompassed in this article which also offered a few concise suggestions for DSSE's potential future study objectives.

This article was edited by Jose Medina

Ms. Swetha Shekarappa G received her B.E. Eng. Degree in Electrical and Electronics Engineering from Visvesvaraya Technological University, Belagavi in 2010. She received her M. Tech in 2012 from Visvesvaraya Technological University, Belagavi. Currently, she is working as an Assistant Professor in Alliance University, Bangalore. She is also pursuing PhD in Alliance University, Bangalore, India. She is a lifetime member of ISTE and student member of IEEE. Her areas of interest include Power System optimization, FACTS Devices, Renewable Energy, Distributed Generation, Swarm, and evolutionary optimization techniques.

Dr. Sheila Mahapatra is Professor and Head of the Electrical and Electronics Engineering Department and Assistant Dean Research Alliance University. She is a lifetime member of IET, IEEE, and ISTE and her areas of interest include Power System Optimization, Stability and Control, Evolutionary Computing.

Dr. Saurav Raj has done his B.Sc. Engg. in Electrical and Electronics Engineering from R.P. Sharma Institute of Technology, Patna, India in 2012. Thereafter he completed his Ph.D. degree in Electrical Engineering from IIT(ISM) Dhanbad, India in 2018. He is a lifetime member of ISTE. Currently, he is working as Assistant Professor in the Institute of Chemical Technology Mumbai, Marathwada Campus, Jalna, India. His areas of interest include power system optimization, Reactive power planning, Swarm and evolutionary optimization techniques and FACTS devices.