The Netherlands is a low-lying country in the Rhine-Meuse delta. The rivers Rhine, Meuse and Scheldt flow through the Netherlands. Besides that, a large part of the country lies below mean sea level (MSL). This makes managing water-levels necessary. The country has many pumping stations (with combined pump-power of about 221MW) that are used to control the inland waterway system for transport, flood mitigation, drought mitigation, water quality control, and more. The everyday use of pumping stations has a predictable nature, which could actively help stabilize the electricity grid through smart control. In this article, we discuss a DR method using the day ahead and intraday market to minimize energy costs.

In IJmuiden, a pumping station (with a maximum power of 6MW) and undershot gate-complex are located. The undershot gates are used to discharge water from the Noordzeekanaal—Amsterdam-Rijnkanaal (NZK-ARK) when the sea-level is low enough, the pumping station is used when the North Sea is too high to discharge under gravity. The canal is managed for the water-level to be in between -0.3m NAP (the Dutch reference system, e.g. MSL) and -0.5m NAP. The NZK-ARK is a complex open canal system: 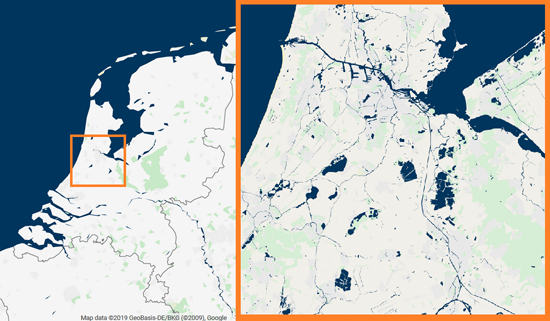 Figure 1: The water system of the Noordzeekanaal—Amsterdam-Rijnkanaal

The complexity of the canal complicates decision-making, while the primary objectives cannot be compromised. This makes security of energy-supply necessary. However, the pumps are not active throughout the day, and hardly at maximum capacity. The difference between what is necessary and what is possible can be used for DR purposes.

To establish a suitable DR strategy for the pumping station, security of energy supply is needed while still being able to optimize the pump schedule based on energy production and/or grid status. An optimization based on the day ahead market (DAM) prices would allow to secure the minimum pump energy needed. Once the energy on the DAM is bought, intraday market (IDM) trading allows for the use of unexpected peak energy production. Besides that, it allows the pumping station to cope with uncertainties in the system.

On the day ahead market, hourly blocks of energy are traded which can be bought a day before consumption. Since the market closes at 12:00 CET the day ahead of consumption, the uncertainties in supplies are not reflected optimally in the market. The intraday market is a continuous market where 15-minute blocks of energy are traded up to 5 minutes before consumption. This makes it more suitable for trading renewable energy, which come with uncertainty in supply. The intraday market in the Netherlands is relatively small but does offer a potential for DR and is expected to play a bigger role in the future.

A two-stage MPC was created to control the pumping station and the gate-complex. The MPC minimizes the cost based on a (predicted) DAM price once per day, and then minimizes cost based on the deviation of the DAM bid and the IDM price. It does so while keeping the following constraints in regard:

Energy price is correlated with carbon intensity of the energy, once renewable energies have a higher market penetration. This effect is not yet seen on the Dutch market, but can be clearly seen in the German market, as shown in Figure 3. To estimate how profitable flexibility in energy use would be in a future Dutch market, the German market price of 2018 was taken. This is to have a useful time-series of a market with a higher renewable energy supply dominated by wind and solar energy, in comparable economic welfare and climate.

Figure 4 shows the simulated fluxes of the Noordzeekanaal, together with the fluxes the MPC had planned at the time of the day-ahead bid. Pumping is scheduled around times where the pump head is low, which results in a lower amount of energy needed for pumping. Figure 5 shows the energy use of the pumping station, together with the energy bought on the day-ahead market. Initially, the pumping is scheduled where the DAM price is relatively high, but the head is small. After intraday prices became available, pumping was rescheduled, and energy was traded on the IDM market. This can be seen between 02:00 and 11:00, where energy use is sold in order to increase energy use between 20:00 and midnight. In Figure 4 can be seen that discharge through the gates is decreased around 12:00, which would result in a lower head later on.

Figure 4: Planned and simulated fluxes of the NZK.

Figure 5: Planned and actual energy use.

Figure 6 shows a German market case. The pumping station was scheduled to pump at maximum capacity, together with a maximum discharge through the gates before pumping. The discharge through the gates increases the energy use of the pumping station by increasing the head difference. When looking at Figure 7, it is shows that a negative energy price occurred. A negative energy price would effectively mean a maximization of energy use when minimizing energy costs.

Figure 6: Planned and simulated fluxes of the NZK German market.

We will continue our research to find out how much the Dutch water system can contribute to balancing of the electricity grid. We will investigate more possible (future) market strategies to achieve the maximum balancing capacity. Effects of uncertainties in discharge, water level and energy price will be investigated, together with the benefits of aggregating multiple pumping stations and/or other assets to achieve an energy profile suitable for DR.

For a downloadable copy of October 2019 eNewsletter which includes this article, please visit the IEEE Smart Grid Resource Center.

Peter Palensky (S’90–M’04–SM’08) (M’03-SM’05) received his MSc. in Electrical Engineering in 1997 and his PhD in 2001 both from the Vienna University of Technology, Austria. After that, he co-founded a Envidatec, a German startup on energy management and analytics, and joined the Lawrence Berkeley National Laboratory as researcher, and the University of Pretoria, South Africa, in 2008. In 2009 he became appointed head of business unit on sustainable building technologies at the Austrian Institute of Technology (AIT), and later the first Principle Scientist for complex energy systems at the AIT. In 2014 he was appointed full Professor for intelligent electric power grids at TU Delft. He serves an IEEE IES AdCom member-at-large in various functions for the IEEE. He is Editor-in-Chief of the IEEE Industrial Electronics Magazine and associate editor for several other IEEE publications. His main research fields are energy automation networks, and modeling intelligent energy systems.