Non-synchronous generation – principally wind and solar power - expels conventional synchronous generation as the renewable energy technologies gain higher shares worldwide. These units are connected to the grid via a power electronic converter, which practically decouples the generator from the electrical grid as the control sets the parameters. It also means that any rotating mass of the generation is also decoupled; therefore, the conventional – electromechanical principle based – angle and frequency stability theories could not be applied. This process has a great effect on the dynamics of the power system, due to the decreasing synchronous rotational mass, which is often described by the so-called inertia.

Inertia means the property of a rotating rigid body, such as the rotor of an alternator, such that it maintains its state of uniform rotational motion and angular momentum unless an external torque is applied. Severe events could lead to transient stability issues due to the higher rate of change of frequency and large synchronous generator swings, endangering the loss of generators in cascade events, or even lead to major blackouts. Therefore, transmission system operators face huge challenges in the upcoming years while adapting to this new structure and keep the security of supply at a high level. However, there are several mitigation possibilities to ensure system stability, which are usually connected to smart grid principles as well. 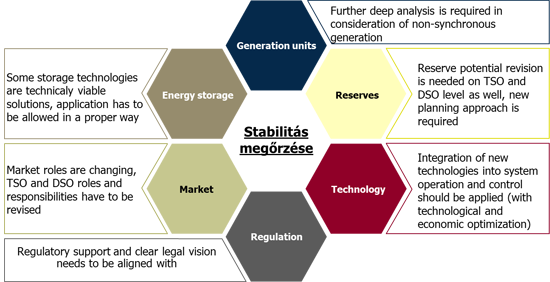 Figure 1: Summary of the different aspects regarding power system stability in systems with high share of non-synchronous generators

Numerous studies have been published over the last decade about the effects of decreasing inertia. System operators are also widely involved in these studies, some even introduced new calculation methods, measures and operation constraints. The different results show that the analysis should consider overall system characteristics. Three main system types can be formed:

Power systems like those of Continental Europe (also applicable for the Nordic system analyzed by the Scandinavian system operators and North America, analyzed by e.g. the National Renewable Energy Laboratory , the California Independent System Operator and the Reliability Council of Texas do not show significant vulnerability to low level of inertia until the synchronism of the whole system is ensured. Studies from the European Network of Transmission System Operators for Electricity (ENTSO-E) showed that even a loss of 3 GW (two largest single units) only result in 0.8 Hz frequency deviation in extremis. The important thing is the synchronism of the remaining synchronous generators, which are still capable of absorbing the transients through electromechanical swings. In the case of system splits, the situation would be similar to the following, large islanded case.

Appropriate examples for the large islanded power systems are Ireland (in cooperation with Northern Ireland) and Great Britain. The system operators here (EirGrid, System Operator of Northern Ireland and National Grid) identified the reduction of inertia as a potential problem around a decade ago, and carried out detailed analyses, besides the introduction of operation constraints for the rate of change of frequency. Similar results have been shown in South-East Australia as well, where new market-based services have been proposed for stability enhancement.

Small islands typically have different operation constraints – considerable frequency gradients have been observed; therefore, these systems must counteract the loss of rotating mass with smart solutions. New Zealand, Hawaii and Cyprus are all good examples for such system characteristics.

A wide range of possible countermeasures have been shown in technical and scientific research studies. The most intriguing solution is the integration of non-synchronous generators into the reserve provision through virtual (or synthetic, emulated, artificial) inertia provision, virtual synchronous machine operation, fast frequency response or similar control mechanisms. This means that the generators – or energy storage systems – are controlled to emulate the stabilizing electromechanical behaviour of the synchronous generators. Advancements in control theory within this field enable smart grid solutions to gain practical experience, such as in Quebec, Canada.

More conventional approaches include the addition of actual rotating mass with synchronous condensers to the system or the introduction of stability constraints (e.g. minimum kinetic energy) in the electricity markets and dispatch algorithms. The more adaptive load shedding schemes – that include probabilistic calculations, localization of switches or other sophisticated methods – and the inclusion of demand side control possibilities could also serve as cost-effective and technically viable options.

As synchronous inertia has decreased, system operators and researchers around the world have suggested different solutions to ensure the stability of the system. The attributes and the structure of a possible stability enhancement ancillary service could be derived both from practical experience and innovative methods. This field is quite complex and clearly has interdisciplinary effects. Figure 1 depicts the possible aspects that should be taken into account. It is also important to note that the structural changes in the generation mix create research questions regarding stability evaluation, new methods, and models to be introduced. Different technical solutions for stability preservation should be clearly defined from the regulation and market point of view as well in order to ensure the security of supply, power quality and cost-effectiveness on the entire value chain of the power grid.

For a downloadable copy of September 2019 eNewsletter which includes this article, please visit the IEEE Smart Grid Resource Center.

Since 2017 he is a Research Assistant at the Integrated and Intelligent Technologies Research Centre of the Higher Education and Industry Cooperation at the Technical University of Budapest. Since 2017 he is a product implementation associate at the Grid Innovation Department of the E.ON Distribution System Operator in Hungary. Currently he is responsible for projects in the topic of grid energy storage, voltage control with power electronic devices.

Dr. Bálint Hartmann received M.Sc. degree in electrical engineering and obtained his Ph.D. degree from Budapest University of Technology and Economics in 2008 and 2013, respectively. He is associate professor with the Department of Electric Power Engineering, Budapest University of Technology and Economics. He is also a part-time research fellow with the Centre for Energy Research, Hungarian Academy of Sciences. His fields of interest include the role of energy storage in the power system, computer modelling and simulation of distribution networks and integration of variable renewable energy sources. He is a member of the Energy Storage Knowledge Network of the World Energy Council. He is Board Member of the Hungarian Electrotechnical Association, and member of IEEE. His R&D project expertise includes over 20 projects in the last 5 years. He is the author of more than 45 scientific papers.