The deregulation of California’s electricity market in 1996, coupled with the aggressive state-mandated portfolio standards for renewable energy sources, have resulted in a large increase of independently owned generating plants seeking interconnection to the SCE grid. The nature of these plants, mainly wind turbine and solar photovoltaic facilities, is such that the prime locations are in remote areas (where open space, wind, and sunlight are plentiful) connected to the major load centers in the greater Los Angeles, California basin by a handful of transmission corridors. As more generation comes online, the total power flowing on these transmission corridors reaches or exceeds available capacity, causing overloads and other adverse conditions during contingency outages. These conditions require some form of mitigation in order to avoid damage to equipment and maintain a stable power grid.

Mitigation comes in two flavors, SCE can either build transmission lines or install transmission system Remedial Action Schemes (RAS).  Building new transmission lines are very expensive and it is a long drawn-out process. Installing RAS is relatively inexpensive and can be accomplished in a shorter time frame. The objective is the same which is to protect system reliability and keep the system safe. RAS keep the system safe by being the next line of defense after the protection system has activated to clear a fault. RAS actions would then keep the system in a secured operating state so that reliable operation is maintained. In fact, almost all bulk power lines bringing generation or imports into the greater Los Angeles basin load area, as depicted in Figure 1, are being monitored and controlled by local RAS schemes. 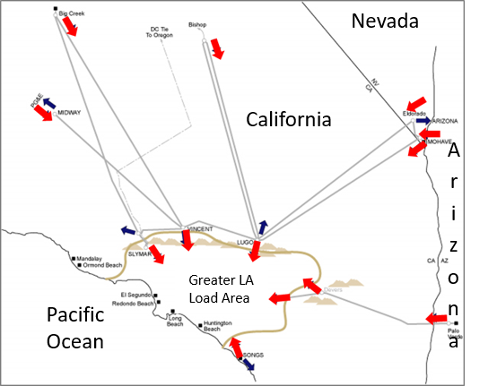 SCE has implemented 20 RASs across its service territory. These individual systems of relays and logical algorithms are designed to deliberately and automatically disconnect generators, load, or both under certain identified system conditions. Each RAS is currently designed as a stand-alone system, including all the relays, instrumentation, and other equipment necessary for the RAS to function as designed.

Although stand-alone RASs have worked in the past these configurations do not represent an effective solution going forward. As the total number of RASs increases, and the interaction between RASs in the same substations occurs more frequently, it becomes significantly less feasible to implement the needed RAS in a timely, cost-effective, and operationally sound manner. Figure 2 shows SCE’s forecast of RAS deployment and depicts the complexity of these RAS having to interact with new and existing RASs. As the new generation interconnections drive the need for more and increasingly complex RASs, currently implemented technologies are hitting their limitations to address how multiple RASs interact under a wider range of circumstances. 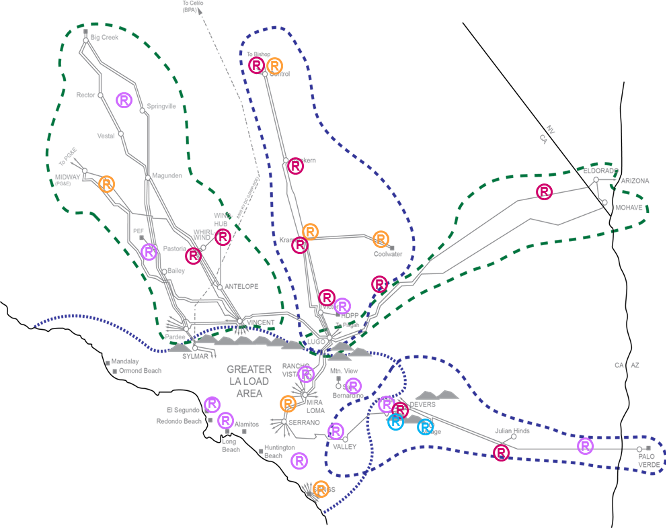 CRAS differs from a traditional stand-alone RAS because the logic to mitigate a problem is controlled at a single central processor, rather than within the relays themselves. This overcomes the limitation on logic complexity that is inherent to the relays’ native firmware, enabling more precise management of the interdependency between generation and transmission. CRAS improvements over stand-alone RASs include:

SCE sees CRAS as a platform for programmatic approaches to control the grid. Beyond common RAS functionality, SCE envisions using the CRAS platform for improving grid resiliency and public safety. The ability to process synchrophasor data is being investigated for use in detecting broken transmission conductors and interrupting line flow before the conductor hits the ground, eliminating the ignition of wildfires. CRAS’s flexible logic processing is also anticipated to one day enable automated Blackstart procedures and programmatic load restoration via next-generation Smart Meters. Other advanced applications may also include (see Figure 3): Grid Battery Control, Voltage and VAR Control, and Dynamic Line Ratings. 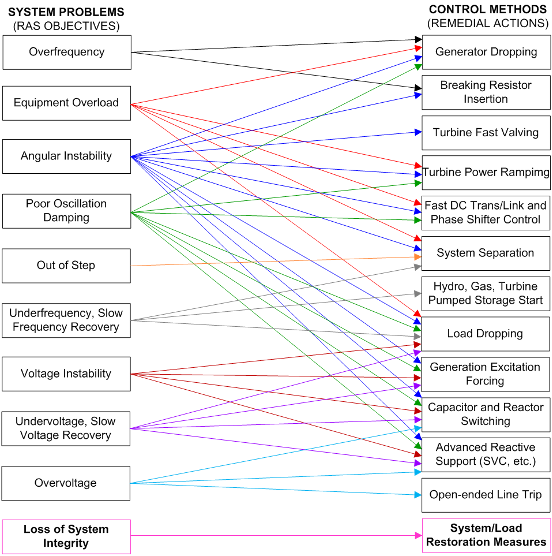 For a downloadable copy of August 2020 eNewsletter which includes this article, please visit the IEEE Smart Grid Resource Center.

Benjamin Coalson is a Power System Planner with the Special Studies & Projects team within SCE’s Integrated System Strategy group. Ben is responsible for prioritization and execution support for projects utilizing the Centralized Remedial Action Scheme platform. He also supports planning and execution of Blackstart testing, development of concepts for advanced grid control applications, and a range of activities focusing on grid resiliency, disaster response, and recovery. Over his career, Ben has served in various of roles covering diverse aspects of electric system planning. Ben joined SCE in 2008 as a planner for the Transmission & Interconnection Planning group, where he was responsible for load growth studies and expansion planning. He then moved to Generation Interconnection Planning, performing studies supporting renewable generation interconnections. He began his current role in 2014. Ben holds a Bachelor of Science degree in electrical engineering from CSULA and is a veteran of the U.S. Army. 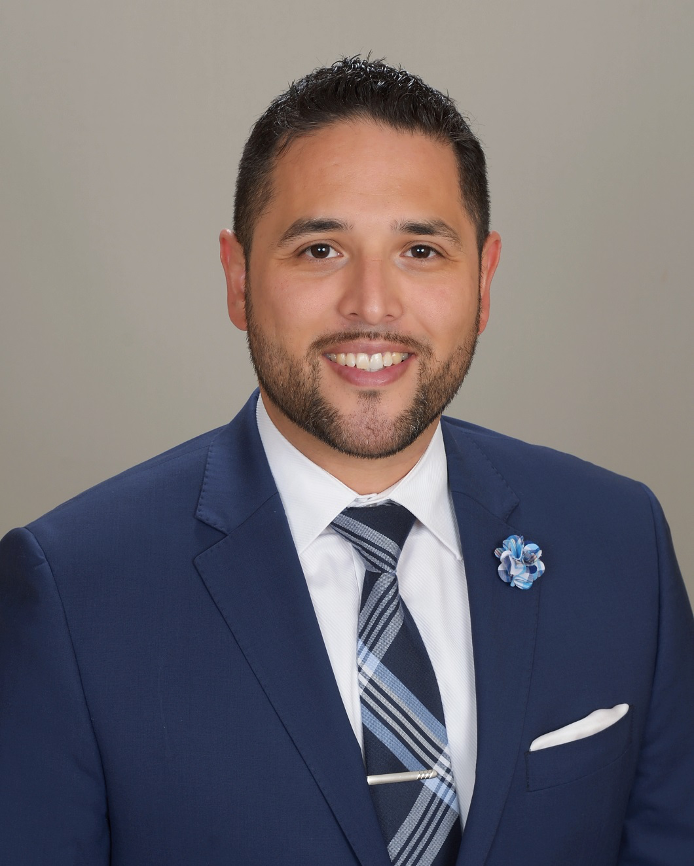 Manuel Avendaño is a Sr Engineering Manager at Southern California Edison (SCE). As member of SCE’s Integrated System Strategy, Manuel leads a team of engineering managers and engineers tasked with rethinking the transmission system to achieve 100% carbon-free electricity. Key team’s responsibilities include performing interregional reliability assessments focused on the proliferation of inverter-based resources; coordinating WECC and NERC participation and bulk-power system planning; and conducting long-term grid import planning analyses and transmission interconnection assessments. Previously, he was the Manager of Emerging Technology at Commonwealth Edison and Project Engineer at S&C Electric Company. Manuel earned a bachelor’s degree and a master’s degree in Electrical Engineering in Mexico and the PhD in Electrical Engineering in United Kingdom. Manuel, a Senior Member of IEEE, currently serves as the Chair of the IEEE Distribution Subcommittee and Chair of the R&D Committee of IEEE Smart Grid.