A Special Issue on Distribution

For a downloadable copy of this eNewsletter, please visiti the IEEE Smart Grid Resource Center

By Jorge L. Jardim and Luiz Claudio A. Ferreira

The Brazilian power grid is characterized by high energy transfers among the country's regions over very long high voltage transmission lines, both AC and DC. Such development has aimed at maximizing the use of renewable resources, mainly hydro generation that has been progressively located farther from load centers. Consequently, disturbances in critical transmission paths can cause large power imbalances and risk the system electrical security. These characteristics increase the chances of occurring frequency, angular or voltage instabilities.

The benefits of large scale distributed energy resources (DERs) deployment in the evolving distribution network are quite obvious to all related stakeholders. However, utilities and authorities having jurisdiction (AHJ) over the grid could impede its step-wise realization due to possible potential impacts on the grid. In this article, we present the merits of deploying dispatchable DERs with monitoring, information exchange and control (MIC) functions as a possible means of mitigating some of the impacts of DER units on the grid.

The National Renewable Energy Laboratory opened the Energy Systems Integration Facility (ESIF) with the idea to help industry conduct ground breaking research on energy systems that integrate a wide range of energy carriers and sources-solar and wind energy, batteries, electric vehicles, smart homes, heating and cooling systems, hydrogen fuel cells, and communications, to examine how technologies can work together in an efficient, holistic system. The research in the ESIF is helping the world's energy infrastructure move toward a flexible, connected future and is at the forefront of smart grid research and testing.

An electronic power transformer (EPT) is one kind of novel power electronics-based power transformer with great potential in smart grid development. It can handle both alternating current and direct current to make the grid more controllable, flexible and robust. A three-phase 10-kV/400-V 500-kVA EPT industrial prototype has been designed and developed by researchers at Huazhong University of Science and Technology in China and has completed its 72-hour field test in a steel mill with rapid load variations.

About the IEEE Smart Grid Newsletter

The IEEE Smart Grid Newsletter is a monthly publication that features practical and timely technical information and forward-looking commentary on Smart Grid developments and deployments around the world. Designed to foster greater understanding and collaboration between diverse stakeholders, the newsletter brings together experts, thought-leaders, and decision-makers to exchange information and discuss issues affecting the evolution of the Smart Grid. 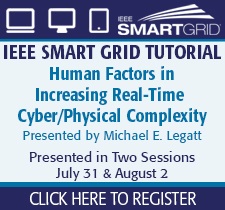 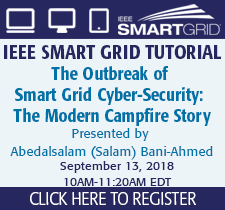 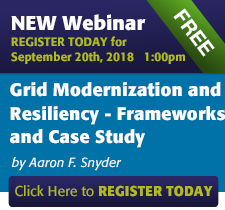