The objective of the workshop is to identify challenges and opportunities of advancing energy infrastructure resilience to attacks, natural disasters, extreme weather events, and pandemic situations and lay out emerging solutions of leveraging advanced data analytics and AI to securing the critical infrastructure in energy systems of the future. This workshop brings together researchers and practitioners from universities, national laboratories, and industry in both energy and AI domains. The visions, insights, and success stories shared at the workshop will help identify the research gaps and prioritize the research needs of future AI solutions to enhancing energy system resilience. 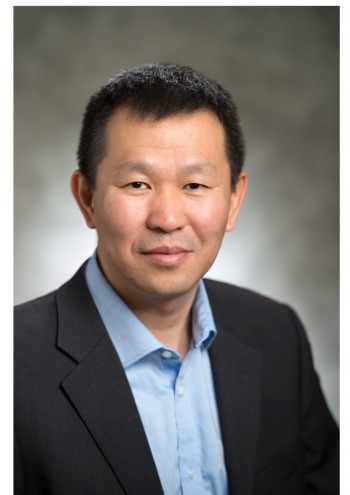 Dr. Guohui Yuan is with the Department of Energy's Solar Energy Technologies Office (SETO) under Energy Efficiency and Renewable Energy Office (EERE). Since 2016 he has been the program manager for the Systems Integration (SI) program, leading a team of technology managers and support staff to manage federal investments in research, development, and demonstration of technologies and solutions that enable the widespread deployment of solar energy on the nation's electricity grid.

Dr. Yuan joined SETO as a technical advisor in 2011 during the launch of the SunShot Initiative. Prior to DOE, he held key positions in industry-leading clean tech startup companies, including CURRENT Group, GridPoint, and WaveCrest Labs. Early in his career, he worked at COMSAT Labs as a systems scientist in satellite communications. He is a well-recognized domain expert, innovator, and thought leader. He has published dozens of journal and conference papers, and is a frequent speaker at industry meetings. He holds nine patents on electric vehicle propulsion systems. Dr. Yuan holds a B.S. degree from Tsinghua University, Beijing, China and a Ph.D. from the University of Maryland, College Park, both in physics. He has taken leadership trainings at MIT Sloan and at Wharton School of University of Pennsylvania. 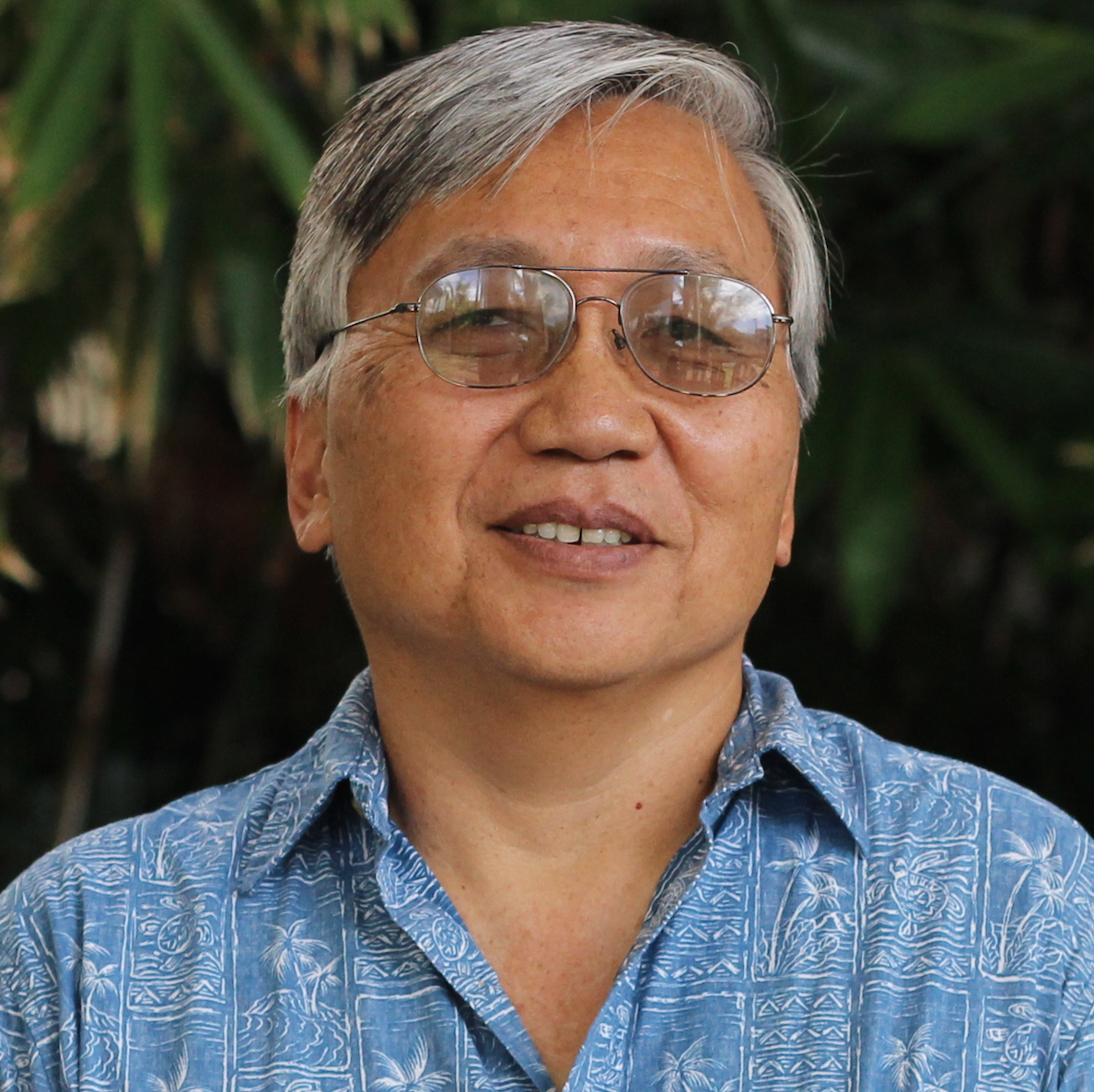 Anthony Kuh received his B.S. in Electrical Engineering and Computer Science at the University of  California, Berkeley in 1979, an M.S. in Electrical Engineering from Stanford University in 1980, and  a Ph.D. in Electrical Engineering from Princeton University in 1987. Dr. Kuh previously worked at AT&T Bell Laboratories and has been on the faculty in Electrical Engineering at the University of Hawai’i since 1986. He is currently a Professor in the Department, serving as director of the interdisciplinary renewable energy and island sustainability (REIS) group. Previously, he served as Department Chair of Electrical Engineering. Dr.  Kuh's research is in the area of neural networks and machine learning, adaptive signal processing, sensor networks, and renewable energy and smart grid applications. Dr. Kuh won a National Science Foundation Presidential Young Investigator Award and is an IEEE Fellow. He was also a recipient of the Boeing A. D. Welliver Fellowship and received a Distinguished Fulbright Scholar’s Award working at Imperial College in London. From 2017 – 2021 he served as program director for NSF in the Electrical, Communications, and Cyber Systems (ECCS) division working in the Energy, Power, Control, and Network (EPCN) group. At NSF he also assisted in initiatives including Harnessing the Data Revolution (HDR), the Mathematics of Deep Learning (MoDL), the AI Institutes, Cyber Physical Systems (CPS), and Smart and Connected Communities. He currently serves on the Awards Board of the IEEE Signal Processing Society and is President of the Asia Pacific Signal and Information Processing Association.

Manager, Transmission & Distribution Services, Oncor. She is a fellow of IEEE and ACM. 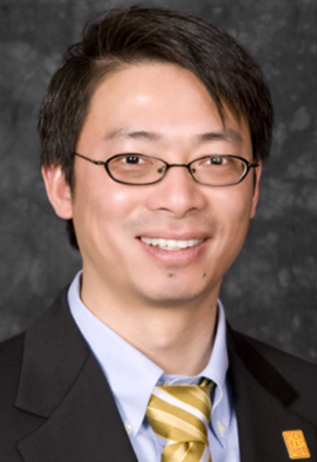 He received his Ph.D. focusing on Power Markets from Texas A&M University and M.S. on Artificial Intelligence in Power Systems Applications from Shanghai JiaoTong University. 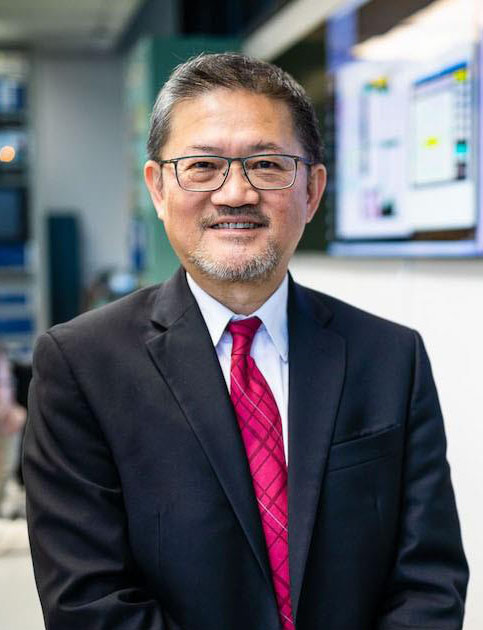 Chen-Ching Liu is American Electric Power Professor and Director, Power and Energy Center, at Virginia Tech. During 1983-2017, he was on the faculty of University of Washington, Iowa State University, University College Dublin (Ireland), and Washington State University. Professor Liu received an IEEE Third Millennium Medal in 2000 and the Power and Energy Society Outstanding Power Engineering Educator Award in 2004. In 2013, Dr. Liu received a Doctor Honoris Causa from Polytechnic University of Bucharest, Romania. He chaired the IEEE Power and Energy Society Fellow Committee, Technical Committee on Power System Analysis, Computing and Economics, and Outstanding Power Engineering Educator Award Committee. Chen-Ching is the U.S. Representative on the CIGRE Study Committee D2, Information Systems and Telecommunication. Professor Liu is a Life Fellow of the IEEE, Member of Virginia Academy of Science, Engineering, and Medicine, and Member of the U.S. National Academy of Engineering. 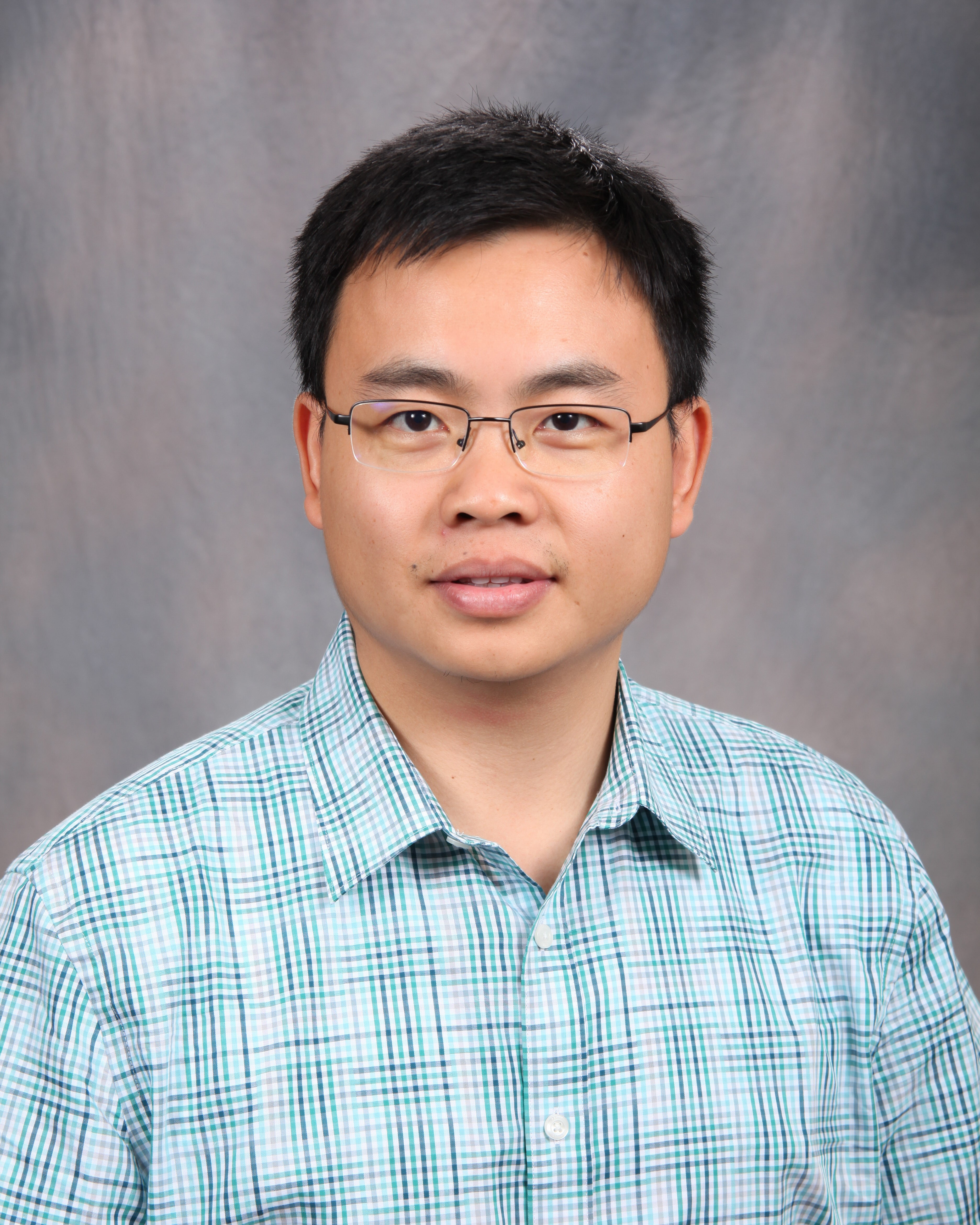 Dr. Le Xie is a Professor and Chancellor EDGES Fellow in the Department of Electrical and Computer Engineering at Texas A&M University, and the Assistant Director-Energy Digitization at Texas A&M Energy Institute. He received B.E. in Electrical Engineering from Tsinghua University in 2004, S.M. in Engineering Sciences from Harvard in 2005, and Ph.D. in Electrical and Computer Engineering from Carnegie Mellon in 2009. His industry experience includes ISO-New England and Edison Mission Energy Marketing and Trading. His research interest includes modeling and control in data-rich large-scale systems, grid integration of clean energy resources, and electricity markets. 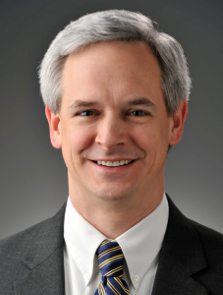 Dr. Ben Kroposki is the Director of the Power Systems Engineering Center at the National Renewable Energy Laboratory (NREL) where he leads NREL’s strategic research in the design, planning and operations of electrical power systems. He has over 30 years of experience in the design, testing, and integration of renewable and distributed power systems and has more than 150 publications in these areas with over 7,600 citations. Dr. Kroposki received his BSEE and MSEE from Virginia Tech and Ph.D. from the Colorado School of Mines. Dr. Kroposki is the recipient of the IEEE Power & Energy Society (PES) Ramakumar Family Renewable Energy Excellence Award. This award has been established to recognize outstanding contributions in the field of developing, utilizing and integrating renewable energy resources in the national and global energy scenarios. As an IEEE Fellow, Dr. Kroposki was recognized for his leadership in renewable and distributed energy systems integration.

Founder and Director, Active-Adaptive Control Laboratory in the Department of Mechanical Engineering at MIT. 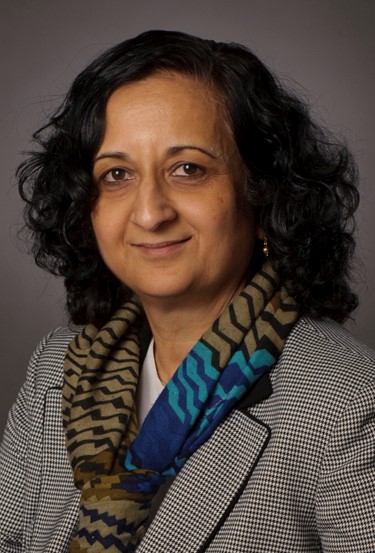 Dr. Anuradha Annaswamy is Founder and Director of the Active-Adaptive Control Laboratory in the Department of Mechanical Engineering at MIT.  Her research interests span adaptive control theory and its applications to aerospace, automotive, and propulsion systems as well as cyber physical systems such as Smart Grids, Smart Cities, and Smart Infrastructures. Her current research team of 15 students and post-docs is supported at present by the US Air-Force Research Laboratory, US Department of Energy, Boeing, Ford-MIT Alliance, and NSF. She has received best paper awards (Axelby; CSM), Distinguished Member and Distinguished Lecturer awards from the IEEE Control Systems Society (CSS) and a Presidential Young Investigator award from NSF. She is the author of a graduate textbook on adaptive control, co-editor of two vision documents on smart grids as well as two editions of the Impact of Control Technology report, and a member of the National Academy of Sciences Committee on the Future of Electric Power in the United States. She is a Fellow of IEEE and IFAC. She was the President of CSS in 2020.

Associate Professor in the School of Electrical, Computer, and Energy Engineering at Arizona State University. 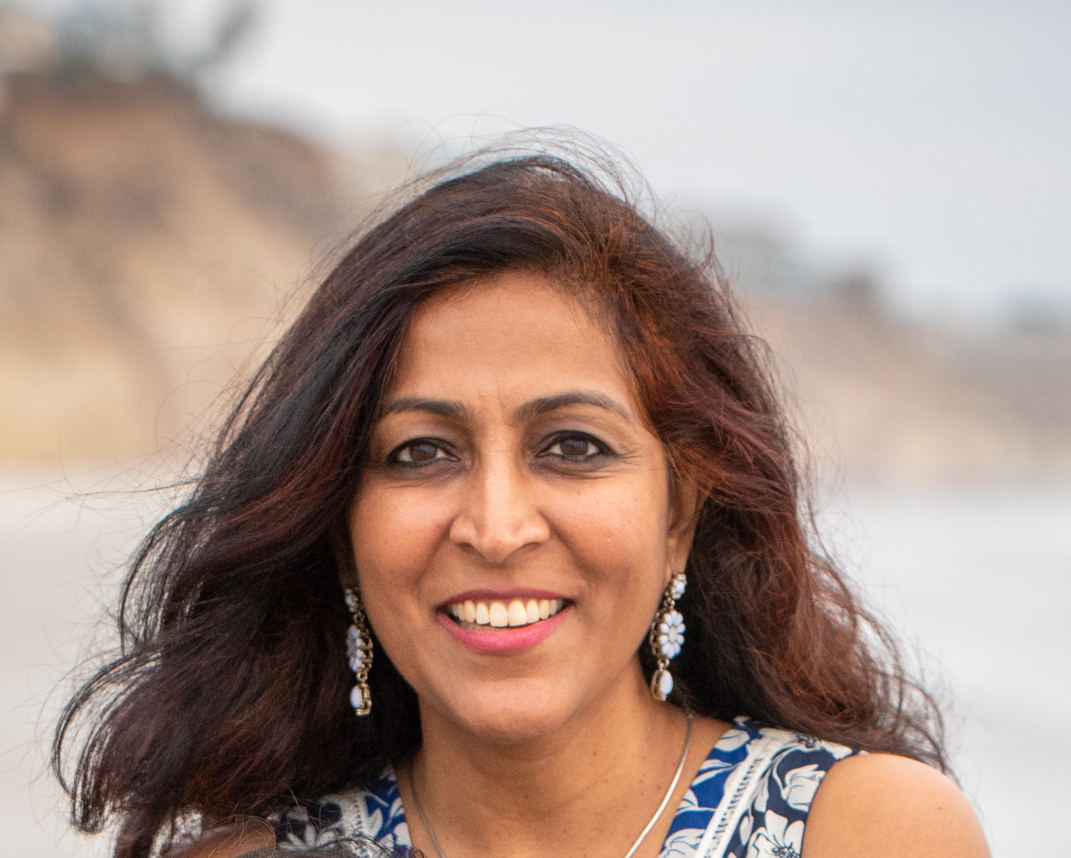 Lalitha Sankar received her doctorate from Rutgers University, her masters from the University of Maryland and her bachelor’s degree from the Indian Institute of Technology, Bombay. She has received the NSF CAREER award and currently leads an NSF-funded institute focused on using data science to enable real-time integration of synchrophasor data into grid operations. 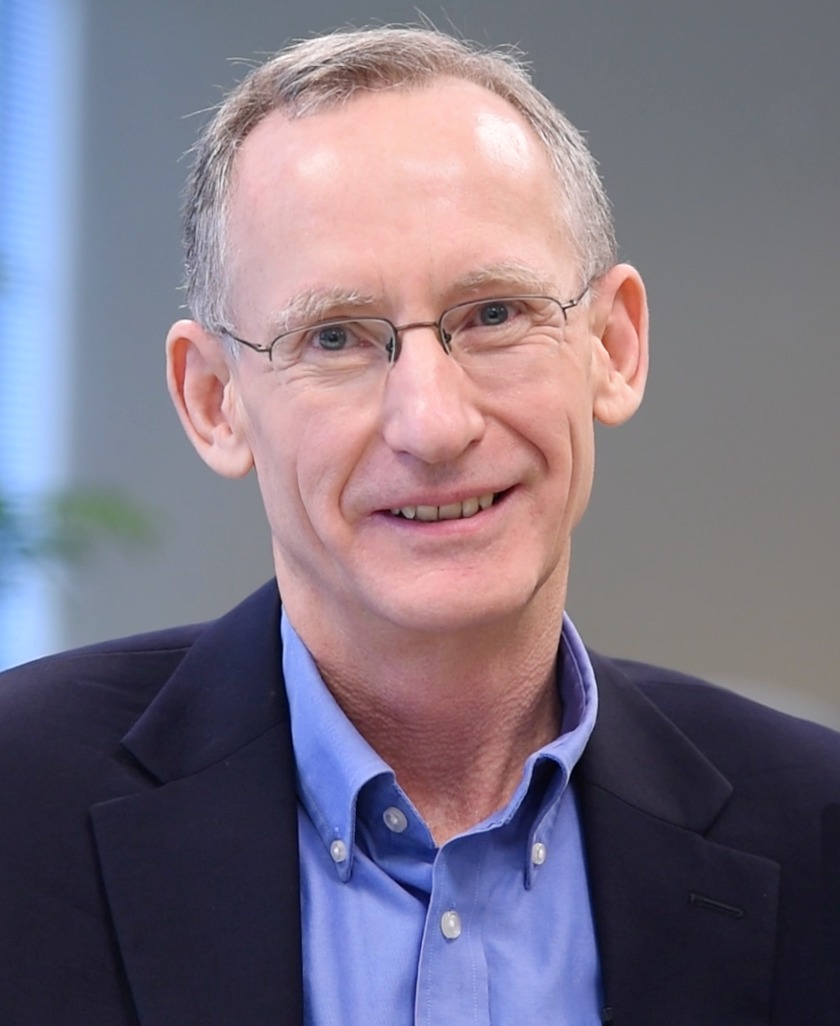 Gary is a member of NEMA’s Distribution Automation Technical Committee and chairs NEMA’s Utility Products & Systems Division Leadership Committee.  He is also a member of the DistribuTECH Advisory Committee, the GridWise Alliance Technical Council (past board member), the Department of Commerce Renewable Energy and Energy Efficiency Advisory Committee, the Department of Energy ADMS Steering Committee, the E4 Carolinas Innovation Council, and the IEC Smart Energy Systems Committee (SyC SE), serving as the SyC SE Technical Advisor for the IEC US National Committee.  He serves on the Board of Directors for the Research Triangle Cleantech Cluster (Chairman), the Smart Electric Power Alliance (SEPA), Texas A&M Smart Grid Center, E4 Carolinas, and the Research Triangle Regional Partnership.

Gary holds BS and ME degrees in Electric Power Engineering from Rensselaer Polytechnic Institute in Troy, NY and a MBA degree from the Tepper School of Business at Carnegie Mellon University in Pittsburgh, PA.  He is a Registered Professional Engineer and an IEEE Senior Member.  He has co-authored a T&D planning book and has written numerous technical papers and articles. 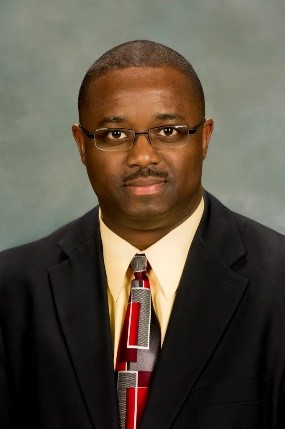 Clifton Black currently leads Southern Company’s Grid Visualization and Analytics Center in the Power Delivery research area. In this role, he is responsible for directing internal research efforts and managing collaborative partnerships with external organizations in Grid Operations, Planning, Analytics and Visualization. His technical focus areas include situational awareness, data analytics, power system analysis, security and resiliency. Clifton began his career in Power Delivery R&D with Southern Company in 2006. Over the years, he has led and developed several research programs and projects spanning a wide range of technology areas. These include synchrophasor technology, distributed generation including energy storage, dynamic line ratings, big data analytics, stability monitoring and assessment, security and visualization. Clifton attended the University of Alabama (Tuscaloosa) where he received the BS, MS and PhD degrees in Electrical Engineering.