With ‘N’ number of inverters connected to the same PCC with different line impedances, there is an increase in the difference of circulating current flowing to each inverter. Although DG inverter is an intelligent system with smart control capabilities, it faces challenges due to different rated power output connected to the same PCC. This configuration also causes circulating current suppression inside the inverter to be more uncontrollable. In the meantime, the voltage level between the inverter and PCC should be maintained to make sure current flows from high potential to low potential DG with the help of line impedance on the inverter connection. Generation of equal power sharing for two level inverters in the control system with the equal line impedance for both DG can be determined by implementing a droop control mechanism. The droop control is suitable when the DG line impedances are the same value and type and is less effective when the line impedance and type are different.

Therefore, an improvement of the droop control is achieved by adding the virtual impedance control model to the droop controller to mitigate circulating current generation. It also enables accurate power sharing when additional inverters with different rated power are connected to the PCC. Figure 1 shows the parallel connection of DG1, DG2, up to DGN and the line impedances are shown as Zline1, Zline2……ZlineN while iH1,iH2,…..iHN are the currents flows to each inverter. 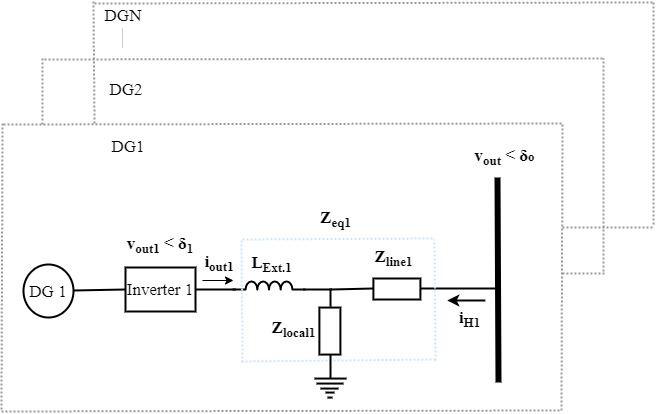 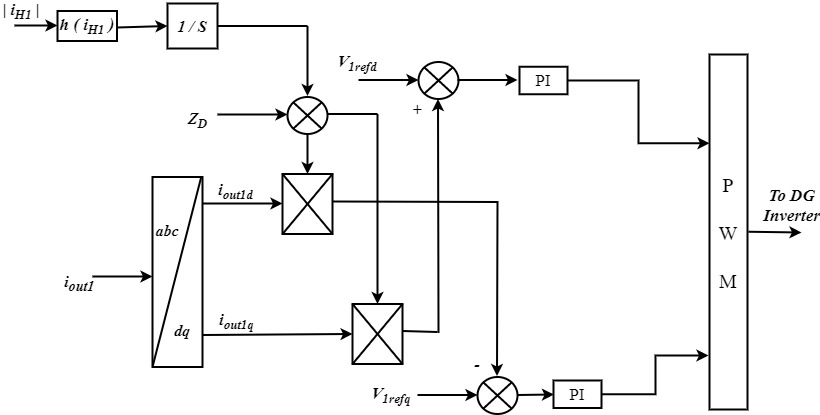 Mubashir Hayat Khan Was born in Pakistan, District Bagh Azad Jammu and Kashmir (AJ&K). Obtained his B.Sc. (Hons.) and MS Degrees from Mirpur University of Science & Technology, AJ&K Pakistan in 2008 and 2012 respectively. From 2008 to 2014, he had been associated with Huawei Technologies (Pvt.) Ltd, Hydro Electric board AJ &K, NESPAK (Pvt.) Ltd. and PEL (Pvt.) Ltd. From 2014 he joined the University of Poonch Rawalakot (UPR) as a Lecturer in Faculty of Engineering and Technology, Department of Electrical Engineering. From year 2019 he is working as a PhD Research scholar in University Tun Hussein onn Malaysia, in the Faculty of Electrical Engineering. His research area is Inverter’s based Smart grid Control.