To Simulate or Co-Simulate Future Power Grid with High Penetration of DERs?

The electric power grid started out as a small independent system that had a single generator supplying a fixed amount of load restricted to a geographic area [1]. Eventually, this system grew and continues to grow even today often referred to as the largest man-made machine that spans large geographic regions often spanning continents.

The modern power grid is evolving fast with increasing integration of renewable energy resources. The renewable resources can be large MW-level inverter based resources (IBRs) that interact directly with transmission system or smaller kW-level, behind-the-meter (BTM) resources often termed as distributed energy resources (DERs) (most of these are 1-phase). Apart from renewable integration, the power grid is also witnessing integration of advanced technologies like inverter driven loads, advanced sensors and controllers. DERs include rooftop solar photovoltaics (PV), battery storage, small wind turbines, electric vehicles, flexible loads like smart lighting and smart thermostats, etc. High penetration of DERs can cause reverse power flow in the low and medium voltage part of the network during some operating conditions as the power system was not originally designed for this. The bulk grid usually does not have visibility of the downstream grid components and hence is experiencing unexpected performance/ events during these conditions. The present bulk grid models or analyses do not account for the DERs in their responses well.

The power system is usually divided into three broad sub-systems: generation, transmission, and distribution. The generation and transmission subsystems are usually coupled in power system analysis and distribution systems are aggregated into composite load models that includes aggregated DER [2]. However, the North American Electric Reliability Corporation (NERC) and the Federal Energy Regulatory Commission (FERC) have performed studies and have published reports that show that DERs need to be represented in sufficient detail to capture the accurate aggregated impact while performing bulk grid studies [3],[4].

Power system blackouts have been closely associated with the load margin of the system or the maximum load increase that a system can handle, this is also termed as voltage stability margin (VSM). System model accuracy is of utmost importance when performing voltage stability assessment. Long-term voltage stability margin assessment is usually done on bulk grid models (transmission system models) where the distribution systems and often sub-transmission systems are aggregated into a simple load, conservatively represented as a constant power load (Pioad + jQLoad).

A detailed investigation on the different methods of representing distribution systems (D-systems) with DERs for VSM assessment is presented in the reference [5]. It presents the importance of representing distribution systems for VSM assessment and highlights the fact that the downstream system’s load handling capability needs to be accounted. Table 1 and Figure 1 correspondingly show the different methods of modeling D-systems and the impact it has on the VSM of the system. Results are shown for IEEE 9-bus transmission (IEEE 9-T) & 4-bus distribution (IEEE 4-D) system.

The equivalent D-feeder representation is reasonably good, however, the error compared to transmission and distribution (T&D) co-simulation is larger for an unbalanced case. With high penetration of BTM DERs, the unbalance of the system can vary significantly, and this needs T&D co-simulation for accurate analysis. Figure 2 shows the impact of BTM DERs on VSM assessment for the same IEEE 9-T and IEEE 4-D systems. The total DER MW added in the system is 71.94 MW in each case (total system load is kept the same), however for each case, due to the net-load unbalance (NLU), the VSM of the system varies and this is effectively captured using T&D co-simulation. The results show that the DER operation modes of volt var control (VVC) and unity power-factor (UPF) were also considered. Due to the reactive power injection capability of VVC mode, the margins for each case are higher compared to UPF mode of operation. Similar results on large systems (IEEE test systems) are also shown in reference [5]. The DER dynamics also play a crucial role in overall grid response especially with the fault ride-through settings that can trip and result in cascading that needs detailed T&D models and T&D co-simulation. 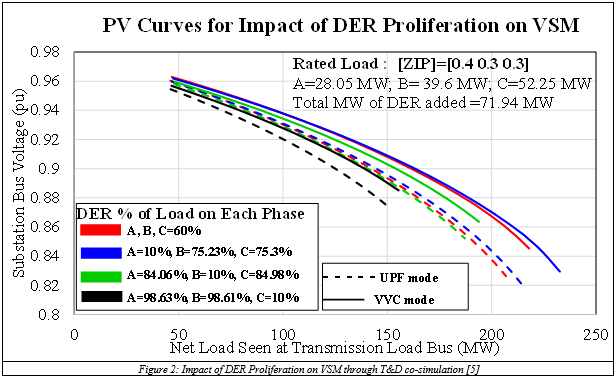 Figure 2: Impact of DER Proliferation on VSM through T&D Co-Simulation [5]

The industry does not use T&D co-simulation currently, especially considering 3-phase unbalanced distribution system models for its analysis as it is a new concept with limited tools available for applying this method. Figure 3 shows a scalable multi-timescale T&D (SMTD) co-simulation framework, developed by the authors, that uses commercial solver (PSS/E, current and older versions) to enable industry stakeholders for performing future grid analysis that include both steady state and dynamic simulation [6]. The framework and the codebase are shared with leading US labs, independent system operators, and utilities. SMTD co-simulation is being applied with real grid planning models to understand the impact of high DER penetration on short-term and long-term grid behavior, including advanced DER and IBR dynamic models.

The future power grid will see a lot of DER proliferation, which will not only impact the steady state operation but also the dynamic operations of the power grid. T&D co-simulation is a computationally intensive method, but it can provide accurate insights into the system operation. There is active development of faster tools for T&D co-simulation using high performance computing and cloud resources to limit the data and model sharing between entities. This will enable T&D co-simulation to be vastly applied for future grid analysis. While these efforts are evolving, the industry can use T&D co-simulation methods to validate some of their limiting conditions that are determined using lumped load models or aggregated load models. We need to co-simulate future grids for accurate analysis and this calls for efforts in developing fast, interoperable and accurate co-simulation tools that encompass various adjacent domains like water, gas, power, communication (including cyber), and control systems.

This article was edited by Binesh Kumar

To view all articles in this issue, please go to September 2022 eBulletin. For a downloadable copy, please visit the IEEE Smart Grid Resource Center.

Alok Kumar Bharati (S’17, M’22) received his PhD Degree in Electrical Engineering from Iowa State University in 2021, Master’s degree in Power Electronics and Power Systems from Indian Institute of Technology Hyderabad in 2011. He worked at GE from 2011-17 in R&D of low-voltage switchgear and made several inventions. Currently, he is a Power Systems Engineer with Pacific Northwest National Laboratory (PNNL). His research interests include T&D interactions and its impact on power system stability, renewable integration, EV integration to grid, T&D co-simulation, multi-domain co-simulation including community-grid interactions.